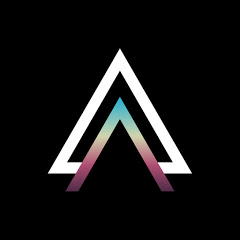 THE DAUGHTER OF A MILLIONAIRE REFUSED TO MARRY A POOR MAN, AND THIS IS WHAT HE DID... ► Subscribe: https://goo.gl/vHN6qB For copyright matters please contact us at: [email protected] Very often, we fall in love with people who are not quite right for us, or who simply do not match with us in the ways that matter. In fact, sometimes in life, we want people who are so different from us that the relationship seems completely unviable. This is what happened to Tom when he was in his early 20s and just starting to make his way in the world – A decade later, Tom and Rachel met once more. They ran into each other in a shopping mall purely by chance. They were both alone when they bumped into this chance reunion, and were shocked to see each other. Tom was heartbroken, once more, but tried to seem happy for her. He had to work hard to keep his feelings to himself as Rachel’s husband, Sean, approached. As it turned out, however, the two men already knew each other very well! Sean was shocked when Rachel introduced Tom; “Hello – it’s very nice to see you, sir!” he said, and Tom nodded, “You too, Mister…?” “Carter!” Sean said. “Mr. Carter, nice to see you again.” Tom kept his feelings hidden and made polite conversation. When it comes to our love lives, we all want a perfect connection with someone who ticks all of the right boxes, but feelings don’t always play fair! So, you see, love is a fickle and strange animal, but it doesn’t pay to reject someone out of hand just because they haven’t got everything you want in a partner. Potential is a powerful thing, and the love of a good woman (or man) can push people to exceed their wildest expectations of themselves. Tom had made a millionaire of himself for the love of a woman who did not want him… just imagine what he could have become if Rachel had thrown her prejudices to the side to fully support him? A lot of people will certainly agree that the woman got what she deserved. And in the case of this next story, a gold-digger gets some pretty heavy karma, and you won’t believe the lengths she went to prove that money means everything and nothing else matters. Well give this couple fictional names to protect their identity, but it’s based on a true story. Of course, when you really love someone, you are sometimes inclined to spoil that person, and Mark was letting Becky go shopping whenever she wanted, kept her fed from a ‘Golden Spoon’ so to speak, and she always had the nicest clothes. Even if Becky wasn’t asking, Mark was spoiling her because he loved her and it was just his persona to be as kind as possible. That evening Mark went back to his home and found that Becky had taken EVERYTHING! She took all the furniture, except a couch and a bed, collectibles, decorations and paintings that were hung on the walls, food, and anything else that wasn’t nailed down. One must wonder if she even took the ice trays from the freezer! She also took the two cellphones including the new one that he bought her that he had been paying $300 a month for, and he still owed $1200 for her two phones. It turns out that she also had a $2000 loan from Marks mother which wasn’t going to be paid back. Mark sent Becky an email asking her for his things back and for the money that she owed. She responded that he was harassing her and that if he ever called her again, she would call the police and her dad would beat him up. Despite all this terrible stuff, Marks life started to take a turn for the better. Mark ended up getting a nice promotion at his job, a nice raise, and a nice bonus. In fact, things were even better now that Becky was gone out of the picture. Top 10 10 Most #Mind Warehouse mind warehouse mindwarehouse, your mind is my wearhouse, your mind is my warehouse, top 10 10 most #mind warehouse mind warehouse mindwarehouse, #mind warehouse, blow your mind, mind tricks, top 10, 10 most, top 5, mind warehouse, mind, mindwarehouse, mind blowing, list, brain, facts, his family abandoned, millionaire adopted, millionaire, adopted, adoption, family, adoption story, adopt, family friendly, i was adopted, hard to believe