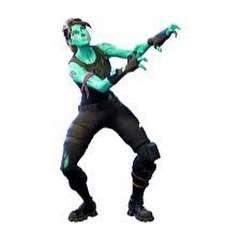 Imagine getting destroyed by a 10 year old girl... PLEASE USE CODE "Joogie" in the Item Shop! ✔✔✔ ✰ Twitter - http://www.twitter.com/JoogieBone ✰ Business Email: [email protected] ✰ SUB TO LazarBeam: https://www.youtube.com/c/LazarBeam Channel banner maker: https://www.youtube.com/channel/UCnrJ... __________________________________________ ABOUT THIS GAME: Fortnite Battle Royale is a free-to-play battle royale game developed and published by Epic Games. It was released as an early access title for Microsoft Windows, macOS, PlayStation 4, Xbox One in September 2017, and for iOS in April 2018, with plans for an Android version in mid-2018. It is a spin-off from Epic's Fortnite, a cooperative survival game with construction elements (often referred to as its "Save the World" mode). As a battle royale game, Fortnite Battle Royale features up to 100 players, alone, in duos, or in squads of up to four players, attempting to be the last player alive by killing other players or evading them, while staying within a constantly shrinking safe zone to prevent taking lethal damage from being outside it. Players must scavenge for weapons and armor to gain the upper hand on their opponents. The game adds the construction element from Fortnite; players can break down most objects in the game world to gain resources they can use to build fortifications as part of their strategy. The game features limited cross-platform play between PlayStation 4, Xbox One, computer versions, and mobile versions. The idea for Fortnite Battle Royale came near the release of Fortnite in mid-2017. Following the early access release of PlayerUnknown's Battlegrounds in March 2017 and its rapid growth, Epic Games saw the opportunity to create a battle royale mode out of Fortnite. Unlike PlayerUnknown's Battlegrounds, Fortnite Battle Royale is a free-to-play game, funded by microtransactions. Originally, it was not free and launched it as a gamemode within the original Fortnite game. The main gameplay for Fortnite Battle Royale follows the battle royale genre's standard format: up to 100 players skydive then deploy a glider from floating buses ("Battle Bus") onto a consistent map, which includes random distribution of weapons, shield, and other combat support features. The goal is to be the last player (or team, if playing in small squads) alive by killing or avoiding other players. Over time, the game's safe zone (representing the eye of a storm that is ravaging the world), decreases in size, and players caught outside the zone will take damage, potentially dying. This directs the surviving players into tighter spaces, forcing player encounters. Players can loot defeated enemies for equipment. Random supply drops will occur during a match, providing random weapons and items. Fortnite Battle Royale's primary distinction from other battle royale games is the building system. Nearly all objects in the environment can be broken down into materials (wood, stone, and metal), which can then be used to build fortifications of limited durability, such as walls, ramps, floors, and roofs. These objects may be used to help traverse the map, protect the player from gunfire, or slow down progression of other players. The game is free-to-play, supported by microtransactions that allow players to buy "V-Bucks", the game's internal currency. V-Bucks are also shared with the main Fortnite "Save the World" game, which offers players the opportunity to earn V-Bucks by completing missions or daily quests. V-Bucks can then be used to buy cosmetic improvements to the player (heroes, character and weapon skins, and emotes). V-Bucks can also be used to buy Battle Passes which accelerate the rate that a player increases their Tier within the game's "seasons" (each season lasting a few months). By raising their tier, they gain automatic rewards of cosmetic items typically around a theme. Players can still increase tiers without a Battle Pass, albeit at a slower rate. ------------------------------------------------------------------------------------------ I helped a 10 Year Old Girl DESTROY TOXIC BULLIES in Playground https://youtu.be/9Pg2zGEvXzA Joogie https://www.youtube.com/channel/UCeHi... #fortnite #joogie #fortniteplayground