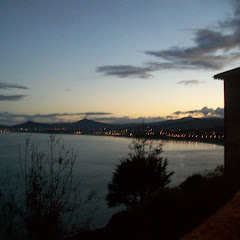 Kung Fu played by David Carradine. The series follows the adventures of Kwai Chang Caine, a Shaolin monk who travels through the American Old West, armed only with his spiritual training and his skill in martial arts, as he seeks Danny Caine, his half-brother

1 "King of the Mountain" October 14, 1972
Caine finds work with a widowed ranch woman and also finds he has romantic feelings for her. But the arrival of a bounty hunter (John Saxon) and the likelihood that others will follow cast an ominous shadow on their love. Winner of the Writers Guild of America Award for Best Drama (to Herman Miller)[2]


3 "Blood Brother" January 18, 1973
Caine refuses to leave Kilgore, Arizona until he discovers what has happened to his Shaolin friend.

4 "An Eye for an Eye" January 25, 1973
A southern family seeks vengeance against the yankee soldier who raped and impregnated their daughter (Lane Bradbury), setting in motion an escalating cycle of violence that Caine may be powerless to stop. Winner of 2 Emmy Awards: (1) Best Director (Jerry Thorpe) and (2) Best Cinematography Jack Woolf.[3]

5 "The Tide" February 1, 1973
A man with a price on his head can spark a lot of ambitions. A woman wants to capture Caine so she can offer him to the Chinese government in exchange for her imprisoned father, a dissident author, while a killer hiding behind a badge simply wants to get rich.

6 "The Soul Is the Warrior" February 8, 1973
Caine's quest to meet his half-brother Danny leads him to a ranch where his sibling once worked and plunges the priest into a confrontation where he proves his mettle by walking through a pit of rattlesnakes.

7 "Nine Lives" February 15, 1973
After the death of a mining camp's feline mascot, Caine and an Irish gold prospector embark on a trek to find a new cat – a journey that ultimately has the pair trapped at the bottom of a rapidly filling well.

8 "Sun and Cloud Shadow"February 22, 1973
Caine brokers a settlement between a landowner and Chinese miners, but the landowner adds an unacceptable condition to the deal. A karate master intends to capture Caine.

9 "Chains" March 8, 1973
Imprisoned in an army outpost, Caine escapes – chained to his hulking, mountain-man cellmate…and pursued by a relentless sergeant determined to recapture them both.

10 "Alethea" March 15, 1973
Jodie Foster guest-stars as a young girl Caine befriends, whose eyewitness testimony leads to the priest being tried for murder… and sentenced to death by hanging.

11 "The Praying Mantis Kills" March 22, 1973
Murderous thugs come looking for Caine after he identifies them as perpetrators of a bank robbery. A youth's ideas of what it means to be a man are challenged by Caine's quiet heroics.

12 "Superstition" April 5, 1973
Walls imprison the men unjustly sentenced to work as miners at a brutal labor camp. Yet an even greater barrier holds them captive: fear of the camps ancient Indian curse. But Caine knows no such fear.

13 "The Stone" April 12, 1973
A Brazilian skilled in the capoeira fighting style of his homeland accuses Caine of stealing a diamond. Street urchins offer Caine their savings of $4.08 if he'll kill an Armenian saloon piano player who jilted their mother.

14 "The Third Man" April 26, 1973
Lucky at cards, unlucky in life. A gambler on a hot streak entrusts his winnings to Caine. But the money is soon stolen, the gambler is killed, and Caine seeks answers to the mysteries surrounding both events.